The Return of the Knights of the North 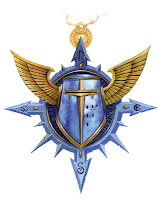 Ever since I saw the original Conan the Barbarian movie in the 1980s, I have wanted to run a campaign where the PCs witness the death of their parents and/or guardians/mentors and then seek vengeance when they come of age.


I would also really like to run this with the players first taking the role of the villains fighting their own parents. One of the things I have thought of was giving bonus action points (and similar mechanics that I use in my own games in addition to action points) that can be used later when confronting those same villains if the players play the "bad guys" as truly evil in the combat with their characters' parents.


Anyway, I think this campaign can be begun in this way because I want the PCs to be the children of the last of the Knights of the North. Indeed, their return as the the new Knights of the North essentially becomes the underlying story of the campaign. They must step up to the challenge of delivering Phlan and the Moonsea North from new evils. Their parents succeeded in removing the Zhent threat (more on that another time) but evil doesn't sleep and the new threat - and a Banite threat at that - is the Warlock Knights of Vaasa. 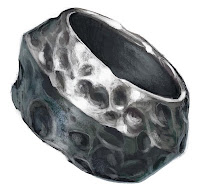 I have loved the idea of the Warlock Knights of Vaasa since I read about them in a preview of the new Forgotten Realms Campaign Guide. I can see them as, in a sense, the Zhentarim "done right" and as an organisation even more attractive to the church of Bane. I am just hoping I can make them seem a credible threat, unlike how the Zhentarim has been portrayed in Forgotten Realms fiction and Second Edition products.

The Warlock Knights of Vaasa wish to conquer the Moonsea North without risking a lot of their own soldiers. To accomplish this, a particularly ambitious Banite fellthane, Tarl Hornsong, has been sent to the Moonsea North to forge alliances with the orcs and ogres of Thar, the Barbarians of the Ride, and the frost giants of the Great Glacier.


While Hornsong has largely left the efforts involving the orcs, ogres and Barbarians in the hands of subordinates, he is personally overseeing negotiations with the frost giants and their frost titan king, Lord Kultaakar. Kultaakar's price is significantly higher than what the orcs, ogres and Barbarians have demanded: the frost titan requires that the fellthane and his forces recover an Aurilian artefact, the Ring of Winter (pictured above), from the ruins of the Ice Palace of Iyraclea which will allow the titan to unleash the Fimbulwinter, bringing an unnatural winter to the lands of the Moonsea North and ensuring that the melting of the Great Glacier will cease.


That's largely the background for the adventures of the campaign. The goal of the party - the reborn Knights of the North - is to prevent the Warlock Knights from forming these alliances or to break any alliances they have formed. They must also ensure that the Ring of Winter does not end up in the possession of the frost titan, Lord Kultaakar, as his elemental heritage and access to ancient rituals of the giant empires will allow him to indeed cause the Fimbulwinter to come.


(I note that the idea of the Warlock Knights allying with the orcs of Thar et al is an idea used by Rich Baker in his excellent Swordmage, Corsair, Avenger trilogy but this is also something I started to plot out before I even read these books. For once I am not plagiarising an idea!)

For this campaign I want to draw on:


I have decided that I want to use the moathouse as my first dungeon. It's a classic design and I think it will set a good tone for the rest of the campaign.


The boxed set includes a section on the Great Grey Land of Thar so hopefully it will help bring Thar alive when I run the equivalent of a wilderness adventure there.

This adventure, or at least its basic idea, is key to the overall campaign. In Sons of Gruumsh, the Zhentarim are attempting to forge an alliance with the orcs of Thar. In this mini-campaign, it will be the Warlock-Knights of Vaasa. I rather like the idea of combining it with Raiders of Galath's Roost.

Mysteries of the Moonsea

Fourth Edition:
Menace of the Icy Spire
Monument of the Ancients


I'm giving serious thought to redesigning this adventure for the Heroic tier.

I basically want the campaign to conclude in the 4E version of this classic 1E adventure -albeit redesigned for the Heroic tier!

I like how these LFR adventures involve recovering an ancient artefact of Iyraclea, Chosen of Auril, by the Warlock-Knights of Vaasa and somehow (as I cannot remember the details right now) using that to cement an alliance with the Banites of Mulmaster. In this campaign, the Warlock-Knights have a similar goal but the artefact they're trying to recover (The Ring of Winter) is the price demanded by Lord Kultaakar of the Vaasans to cement an alliance with him and his frost giants.

Mixing it All Together

The party begins in Phlan. Why? Largely because there is a decent map of the city.


The Ironfell Council is dominated by a Banite faction who are also seeking to ally themselves with the Banite rulers of Mulmaster. As the faction sees it, conquest of the Moonsea North will be a first step to bringing more of the region under the dominion of the Black Lord.


The orcs of Thar are the simplest target. All Hornsong must do is have his forces find the legendary maul wielded by the last Tharkul: the orcs and ogres of Thar will almost automatically line up to follow its wielder. As such, this task has been delegated to promising subordinates.


Hornsong is personally overseeing the efforts to bring the frost giants of the Titan Peaks into the fold. To do this he needs to unleash an unnatural winter born of the Elemental Chaos. A fimbulwinter, as it is known, would be a sign to the superstitious frost giants - and the mighty frost titan who rules them - that Hornsong has the favour of the primordials of the Elemental Chaos.


The simple fact is that the fimbulwinter actually presents a greater threat to the Moonsea North than war with the Warlock Knights and whatever forces they can gather. Such an outpouring of the destructive forces of the Elemental Chaos could irrevocably change the Moonsea North such that it would no longer be suitable for habitation by normal life. Hornsong is not fully aware of the risks that he is taking and, even if he were, he would proceed anyway as he longs to climb the ranks of the Warlock Knights and one day take his place on the Ironfell Council.

Adventure One: Adventures in Phlan
Levels 1-3

I'm probably going to have to over-prepare this adventure. Essentially I want the PCs to "sandbox" for a while, at least until they reach 3rd-level when the leadership of Phlan hires them to investigate the orc raiders (see Adventure Two: Raiders of Thar).

I need them to get a reputation in Phlan and also to uncover some of their own history. I am thinking of an expedition to the moathouse from T1 Village of Hommlet but making the  moathouse the former base of the Knights of the North. There they can recover tabards and other items. The moathouse could be set in the Twilight Marsh and encounters could include bullywugs, giant frogs, lizardfolk and a black dragon.


Trade between Phlan and Melvaunt is being disrupted by orc raids but the orcs keep disappearing.


This is a combination of Raiders of Galath's Roost and Sons of Gruumsh. The origin of the orcs (and ogres) is Citadel Ankhalus in Thar.


(Citadel Ankhalus is briefly referred to in 2E's Ruins of Zhentil Keep as the lair of the Masked Wizards of Ankhalus who were defeated by Manshoon at the beginning of the Zhentarim's history. I may or may not use that bit of lore but what I will do is replace Xul-Jarak from Sons of Gruumsh with this name [although Xul-Jarak could even be the name in the Giant language].)

Adventure Three: Monument of the Ancients
Levels 5-7
Adventure Four: The Palace of the Icy Queen
Levels 7-9


Iyraclea is dead but a simulacrum of her still exists.


A key treasure here will be a flametongue sword that can be used against Lord Kultaakar. (Alternatively, it could be in a red dragon's lair in the previous adventure.)


This will basically rip-off 1E's G2 Glacial Rift of the Frost Giant Jarl and the 4E update of the same name. I should include some emissaries of the Warlock-Knights for variety and possibly representatives of the fey Prince of Frost.