As someone who knows nothing about A Game of Thrones beyond the fact that it is popular, lots of people die, and part of its popularity is due to nudity, I am unaware of how heretical it is considered to use the phrase Winter is Coming in the context of the Forgotten Realms. Heresy aside, this phrase neatly encapsulates what this location can offer to a campaign set in the area demarcated by the regional map that comes with the 5E Starter Set.

I had intended to make my first post in this series about a location more suitable for lower-level adventures but this site offers some metaplot possibilities that I think could prove to be interesting in the context of a longer-term campaign set in this location.


This location, Icespear Peak, exists in only one source: the Neverwinter MMORPG and thus that game is the only source for any Realmslore. Not being an online gamer - and not wanting to become one - I can only rely on YouTube videos, such as the one at the beginning of this post, and online walkthroughs.

As far as I can tell, it all boils down to a few salient points:

And that seems to be it. My gaming bucket list includes a desire to run a game involving a Fimbulwinter - in Norse mythology, the unnatural winter that heralded Ragnarok - and this is close enough.

I should also add, although the location appears on the map in Lost Mine of Phandelver, I can see no mention of it in the adventure. 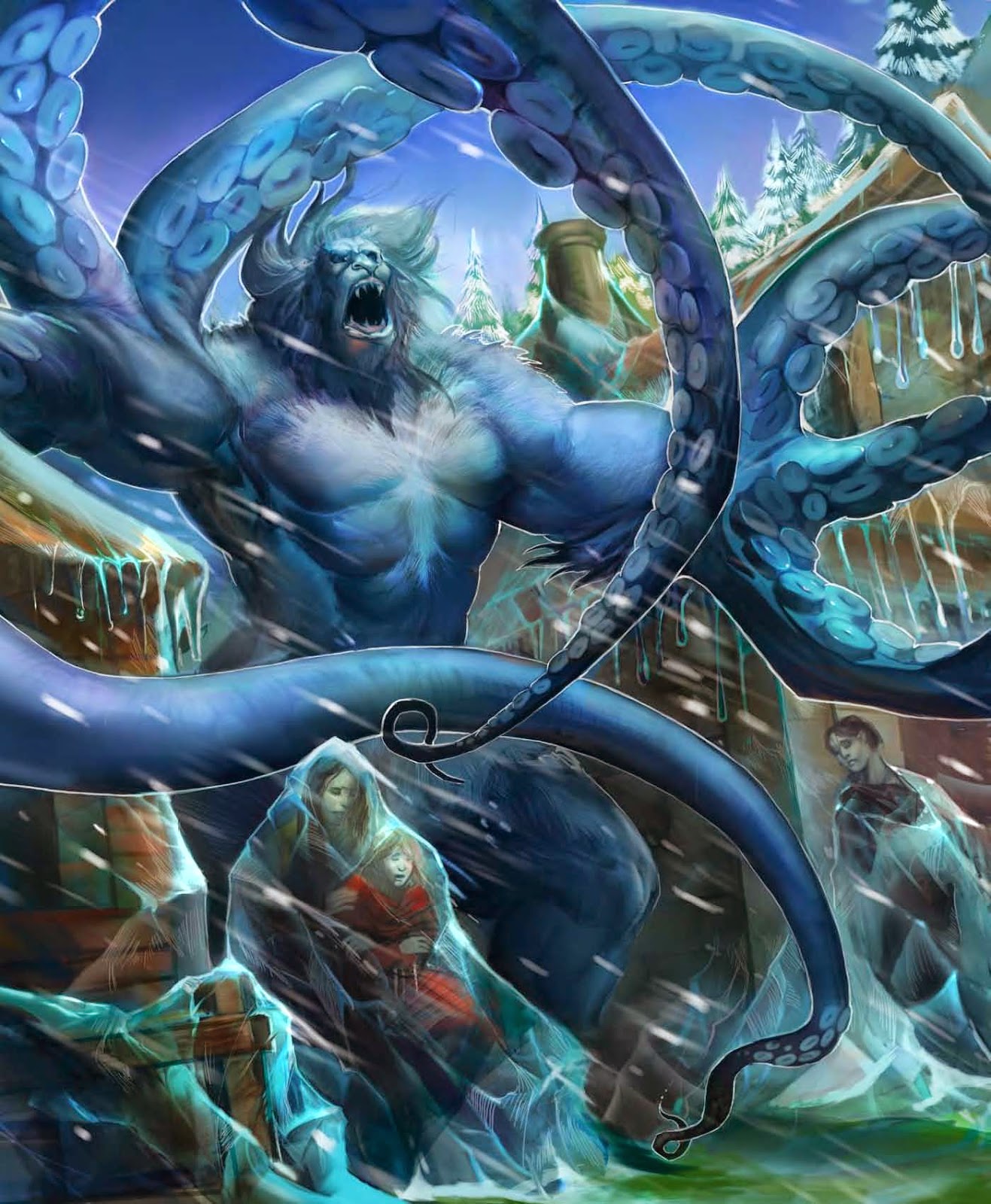 The easiest way to use this basic idea is to adapt G2 Glacial Rift of the Frost Giant Jarl (the hyperlink is to a couple of maps on the WotC site) to your preferred ruleset (and for 4E DMs like me, the obvious choice is the 4E update by Chris Perkins) and make destroying the Winterforge the goal of the adventure.

(I should note that I have significantly reduced the levels of a lot of monsters that I use in my 4E games. My frost giants, for example, are level 10 brutes because they had 10 hit dice in 1E. As I prefer sticking to levels 1 to 12 or so, it made sense to reduce the levels of my 4E monsters to match their AD&D hit dice.)

What I really like about the basic idea revealed in the YouTube video is that the threat posed by Icespear Peak can build up over time. As you're running through lower level adventures, the PCs can start experiencing random winter-like days or sudden frosts even when it may be summer. Eventually they will realise that something is awry... and that will hopefully happen at just the right level for them to go seeking out Icespear Peak.

I've posted a picture here of frozen villagers being menaced by Cryonax, the elder elemental evil and primordial prince of cold. (There's a rather excellent DDi article covering Cryonax in Dragon 421 that I would recommend.) That has inspired at least two additional ideas for an adventure involving Icespire Peak:
Personally, I can imagine using Icespire Peak as the capstone of the Heroic Tier in a 4E game and subject to, of course, reducing the level of the frost giants as I have already noted. It might also be interesting to run something like this AND also have the frost giants at war with fire giants or other fire creatures in Mount Hotenow, but more on that idea when I actually start covering that volcano....

As for 5E, I have no idea how powerful frost giants will be in that edition so I am not sure if this will work level-wise for a campaign that began with Lost Mine of Phandelver. However, even though Lost Mine only covers levels 1 to 5, I am sure that by the time I have punched out a few more of these posts, there will be enough ideas to take a party from levels 6 to 10/early teens so that the PCs are ready to discover Icespire Peak for themselves.