(My FR Metaplots 1) Menzoberranzan: The Demon Weave 0 - A Brief Introduction 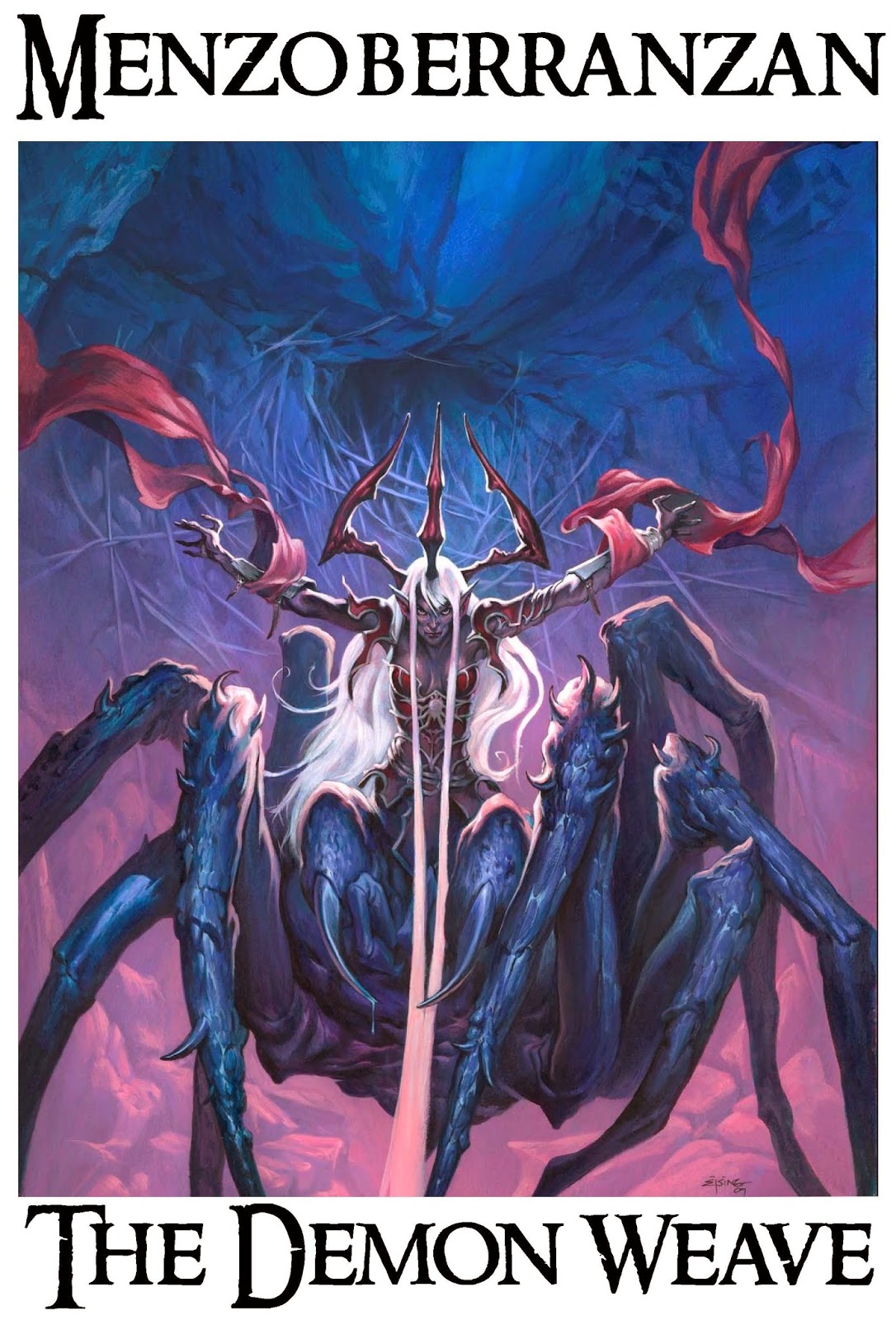 The week that 3.5E was released I began two different FR campaigns set in two different parts of FR - the Silver Marches and the Dalelands - for two groups of players with the members of each group never having met any members of the other group.

In both cases, the machinations of Shar involving her Shadow Weave formed the metaplot of both campaigns although, in both cases, that became known much later.

Sadly, due to my need to move countries for business reasons, I was not able to bring either campaign to a completely satisfactory conclusion and so I was never able to run my idea for a capstone game: I was going to bring the two groups together, have them meet in the Demonweb Pits, and have to co-operate to find and defeat the campaign's BBEG: a drider daughter of Lolth who was going to slay Lolth during her Silence and bring the drow under Shar's dark dominion.

I still rather like this basic idea and it's probably behind a lot of my metaplot thinking for the campaign I am currently running and the ones that I am in the process of planning.

If you have been reading this blog you will probably have noticed that I target everything toward the Heroic Tier. All versions of D&D - including 4E - seem to work best mechanically at these levels plus living in a different country to my players (although that will soon change as it seems I have made some converts here) means I want the campaign they are in to come to a logical and satisfactory conclusion after a reasonable length of time in the hope that it might tempt them to commit to either a new campaign or an extension of the existing campaign.

Like a lot of DMs, I have a soft spot for the drow that is completely unrelated to Drizzt and R A Salvatore's neverending series of Drizzt schlock. I can remember reading the 1E Monster Manual for the first time and being entranced by the hint of an underground race of mysterious and evil dark elves and then discovering a year or so later that they had actually been detailed in three adventures - D1 Descent into the Depths of the Earth, D2 Shrine of the Kuo-Toa, and D3 Vault of the Drow - as well as 1E's Fiend Folio.


Sadly, I never had a chance to run the original trilogy of drow adventures and it remains on my gaming bucket list. However, the ideas from WotC's Rise of the Underdark storyline - as half-hearted and poorly-executed as it was - particularly in relation to the Demon Weave seem to provide a FR-specific way for me to finally run D1 Descent into the Depths of the Earth, D2 Shrine of the Kuo-Toa, and D3 Vault of the Drow albeit with Menzoberranzan replacing Greyhawk's Erelhei-Cinlu.

Essentially, I see Menzoberranzan: The Demon Weave serving as a low- to mid-Paragon Tier capstone mini-campaign that can be played as the conclusion to pretty much any of the Heroic Tier campaigns I have been posting about and/or preparing. And all I would need to do is convert sections of D1 Descent into the Depths of the Earth and D2 Shrine of the Kuo-Toa to serve as the journey through the Underdark to Menzoberranzan and then draw on 2E's Menzoberranzan boxed set, 4E's Menzoberranzan: City of Intrigue and D3 Vault of the Drow and I will have a suitable framework on which to build the final part of the adventure. The only question remaining: how do I depict the Demon Weave and make it into an obstacle which the PCs can overcome?

More on that in another post.
Posted by Scrivener of Doom at 15:18

Email ThisBlogThis!Share to TwitterShare to FacebookShare to Pinterest
Labels: Demon Weave, Lolth, Rise of the Underdark