Starter Set Sandbox 14 - Phandalin, Redux & The Keep on the Borderlands

Firstly, as noted in my earlier post today, my apologies to the regular readers of this blog for the delay in updates. Sickness + travel + fried laptop (x2) = blog post delays.

Secondly, this post is going to be a little different to the others I have posted so far simply because this represents a rough outline for a game I am going to be running the New Year using 5E! I think we're going to start in the second week of January, to allow for all the family stuff associated with this time of year, and then it's going to be up and running.

I confess, I don't like 5E. I like it even less after spending time the other week trying to learn it because I kept having AD&D flashbacks. Now, I've been a fan of D&D since 1981 but I grew to despise AD&D for basically being a train wreck design-wise which only worked if you had a solid body of house rules. 5E is clearly better designed that OD&D, AD&D1E, and AD&D2E, but it has the same break points as those earlier editions - also shared with 3.xE and Pathfinder - whereby casters are eventually going to dominate.

Also, in returning to "theatre-of-the-mind" combat - although, obviously, you could always use minis - it missed an opportunity to do what 13th Age has done super-successfully: hard-wire a tactical overlay that works even with theatre-of-the-mind.

Finally, monster and NPC building/re-levelling is still painful: it might be a bit easier than 3.xE, but it's more complicated than AD&D, and far less satisfying than 4E.

The good news is: we'll be playing D&D. I volunteered to run the game because one of the players - he's 17 - wants to begin DMing 5E. It seemed that the best way to help was by offering to run a few 5E sessions and his dad was immediately onside because I offered to run a 5E version of B2 The Keep on the Borderlands which he has been wanting to return to for more than two decades....

And the great thing about theatre-of-the-mind is that we can play this via Skype without having to worry about anything more complicated than an old school dungeon map which I can use a portable webcam to flash up on the screen. That said, I will do a bit more than that: some time back I came across the maps to the Caves of Chaos as created by a rather generous fellow who styles himself as The Weem (if you use that link, just find the Caves of Chaos tags) online. I'll be using those with simply adjustments in Paint and then posting into the comments in Skype. We won't be using Roll20 or any of the other virtual tabletops: too much effort for too little reward.

I'm actually going to be going over old ground with this post because I covered Phandalin in a previous post - the twelfth post in this series (click here) - which is also where I introduced the idea of adapting B2 The Keep on the Borderlands to a campaign centred around Phandalin. Also, the mechanical work has already been done in the one or more of the earlier playtest packets where Caves of Chaos was converted. I'll use the new Monster Manual for the last version of the stat blocks but I'll use the treasure included with the conversion documents.

(That's also my way of saying: this post contains no crunch. It's all about adding some FR/Phandalin flavour.)

Phandalin will fill the role that the keep played in the original. It's primarily a safe haven but it has some secrets as described in Lost Mine of Phandelver. The wilderness I plan to ad lib with the aid of simple random encounter table (see below). As for the Caves of Chaos, as I have already noted I am going to use a combination of the earlier playtest conversion document plus the stat blocks from the  5E Monster Manual.

Of course, anyone who is no longer a teenager knows the first thing you need to do if you're going to run Keep on the Borderlands is provide a reason as to why all these disparate humanoid tribes have gathered together in a single location without embarking on a war of mutually-assured destruction. (Of course, Eberron DMs don't have that problem. If ever there was a campaign setting where Keep on the Borderlands made sense exactly as written it is Eberron...!)

As the picture to the left suggests, my choice of mastermind is a blue dragon. More on Idrizraele Morueme later in this post. Oh, and he's the reasons I am calling this little adventure Tyrant of the Twilit Land....

The basic background for the players is this:
The PCs have (presumably) agreed to try their luck....

The basic background for the DM is all of the above plus:

And that's the situation the PCs will find themselves in. It's not too complicated but at least there is an underlying logic to the place plus a fairly formidable BBEG.

This can basically be played as written although I expect I will make a few adjustments once I know a bit more about my players' characters. So far I have a wood elf monk (some sort of merchant-related background), a human fey-pack warlock (noble background), a drow ranger (unknown background), and a human fighter (a former soldier haunted by the horrors of war). Each of them will have at least one adventure hook tied to Phandalin.

Also, the other big change IMC is that the Zhentarim are going to be a lot more evil, even if that evil is fairly subtle. The PCs have been offered an enormous sum of money for the mission but that's because, once the mission is completed, Zhentarim assassins will be waiting for them.

2. The Phandalin Hills (The Wilderness) 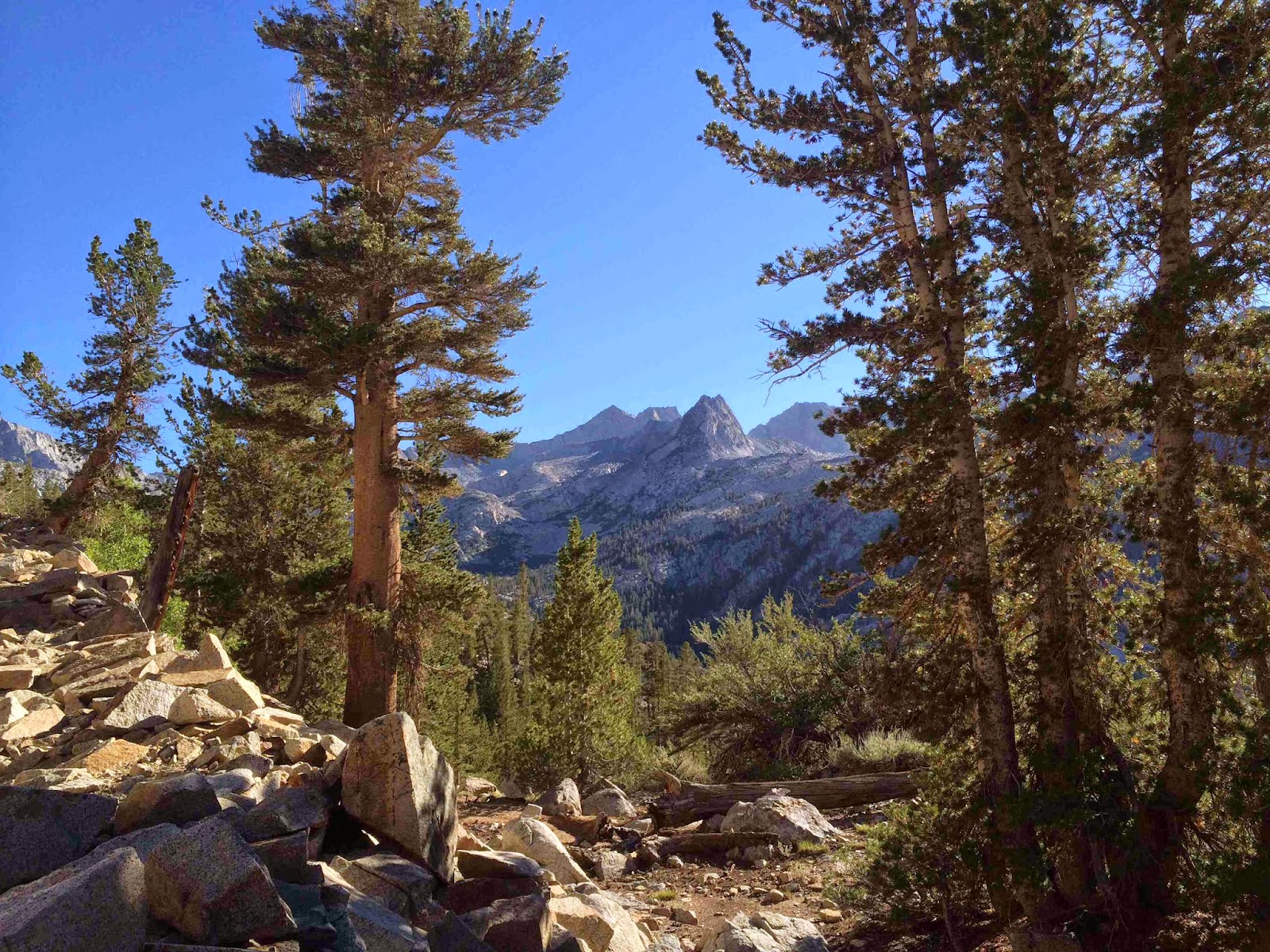 Here's a rough wondering monster table that exists more for inspiration than anything else:

3. The Lost Mines of the Forgebar Clan (The Caves of Chaos)

I am not proposing to change much of the Lost Mines/Caves of Chaos except with respect to the shrine/temple area where I want to make it plain that it was clearly a functioning temple of Abbathor. These bullet points are based on notes I made while reading the section on Abbathor in 2E's Demihuman Deities:
Abbathor's symbol is a jewelled dagger typically placed within a diamond. These should appear fairly frequently on the walls and floor of the temple areas and one or more of these engraved symbols could be the focal point of a magical and/or mechanical trap. I was also thinking that they might be accompanied by dwarven runes that spell out something like, "Great Abbathor, Great Master of Greed, let us find all that shines or sparkles here, and revel in its possession." This is based on his dogma.

And on the subject of traps, these are a couple of ideas inspired by reading Demihuman Deities:

I definitely want to include a mummified dwarven cleric that animates at some point, but taking care to ensure that the encounter with Idrizraele is not overshadowed in importance. And while a grand melee with the blue dragon is probably the most satisfying conclusion to the adventure, it may be that the PCs strike some other sort of deal with her. She really wants a safe lair and some interesting magic. If the former, in particular, was available she could be persuaded to move, especially with some interesting books on matters arcane....

One of the other reasons I decided to use a dragon as the BBEG - beyond simply the old school charm of such an idea - was that I thought the new DM I mentioned at the beginning of the post might be interested in transitioning the characters from Tyrant of the Twilit Land to Tyranny of Dragons. While they will be higher in level than recommended for Hoard of the Dragon Queen, that may actually work out better because the opening encounter of Hoard includes a blue dragon which is horribly overpowered for most level 1 groups. (And, yes, I know smart groups sometimes run away but not everyone plays that way.)

Anyway, if that is his plan I will try and include some more overt links between this adventure and Hoard so that the transition is made that much smoother. I may even include a 5E version of Azurl's Hoardseekers and, if he agrees, set them up as a recurring set of villains for his campaign.

Those developments aside, it's going to be interesting running such an old school adventure using what I find to be a fairly old school ruleset. I know it's not going to convert me to 5E but I am still looking forward to the experience.